This is an occasional newsletter which is sent out to all registered Groupboard and GroupWorld.net customers a few times a year. Please contact us if you would like to subscribe.


1. Hosted Groupworld now allows you to upload your logo

We have recently added the ability to upload your logo to your Groupworld conference rooms. The logo appears in the top menu bar, to the right of the buttons.

Simply create a new room or edit an existing room, and then enter the URL of your logo in the room editor.

2. Groupworld screen sharing now works in Firefox, with no extensions

With the recent release of Firefox 52, you can now use screen sharing in Groupworld without having to modify about:config or install any extensions. Simply click the screen sharing button and then choose which window to share.

We have recently added emojis (smileys) to the chat feature in both Groupboard and Groupworld. If you use the hosted version you should see the emoji icon in the chat window. If you have copied the HTML code into your own page, you will need to add a few lines of code. Contact us for details.

We have updated the Groupworld HTML5 (web based) client so that it now supports "retina" high resolution displays such as those on Macbook Pros, iPad/Android tablets and other devices. This means that drawings and text will look more crisp when using Groupworld on these devices. (The native iOS and Android Groupworld apps already supported retina displays).

5. Increased size of eraser in Groupworld

We have made a change to Groupworld to enable audio playback in the HTML5 version in Safari. Although Safari still can't record from the microphone, you can now at least hear other users speaking. Apple is still working on implementing WebRTC in Safari, which will eventually allow webcam/microphone access in the browser.

For the moment, using the Groupworld app is the best option for iOS, as the native app can access the microphone and webcam.

(Note that although you can install the Chrome browser on iOS, Chrome is really just a skin that sits on Safari, and it still doesn't permit microphone and webcam access).

7. Video of mytutor.co.uk using their new customized version of Groupworld

MyTutor.co.uk has been using Groupworld since 2012 as the web conferencing platform for their online tutoring business. We recently developed a new customized user interface for them, which you can see in this video: 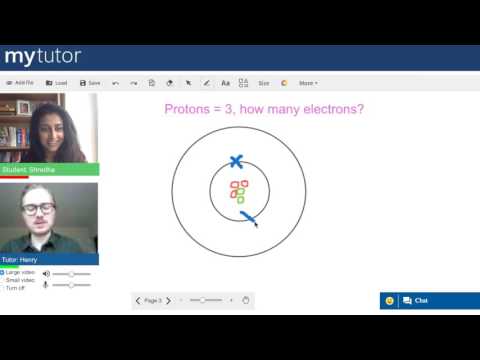 We can customize both the functionality and the user interface for both Groupboard and Groupworld, and with the enterprise version of Groupworld you can additionally customize it yourself (as you get the client-side source code). Please contact us for more details.

In December, YouTube switched off their v2 upload API, which we were using for the optional upload-to-YouTube feature for Groupworld recordings. YouTube now only permits uploading using OAUTH2, which requires user intervention, and is not ideal for server-to-server uploads.

Instead we now offer optional uploading of recordings to Vimeo in the 25-user and higher Groupworld licenses. Vimeo has the advantage of allowing more control over who can view your videos and where they can be embedded. For more details about Vimeo accounts, see:

To set up automatic uploads to Vimeo, see the link in your hosted Groupworld control panel.

We are working on two new features for Groupworld: improved screen sharing (smoother, faster updates, using less bandwidth), and a full-screen toggle button for the video. Both features are complete, and we are waiting for two bug-fixes (one in Firefox and one in Chrome) before releasing them. It is estimated that both bugfixes will be released by mid-June, and we hope to release these new features shortly afterwards.

Please contact us at info-contact@groupboard.com (or just reply to this email) if you have any questions or suggestions.